Shares of Chinese electric-vehicle maker Li Auto (NASDAQ:LI) were up by about 11% as of 1:30 p.m. EST Monday. The company announced its December and full-year vehicle deliveries over the weekend, and the numbers are growing quickly.

The company delivered 14,464 vehicles in the fourth quarter, bringing its full-year total to 32,624. Deliveries in Q4 were 67% higher than in Q3, and December deliveries of the company’s Li One SUV were up 530% year over year. 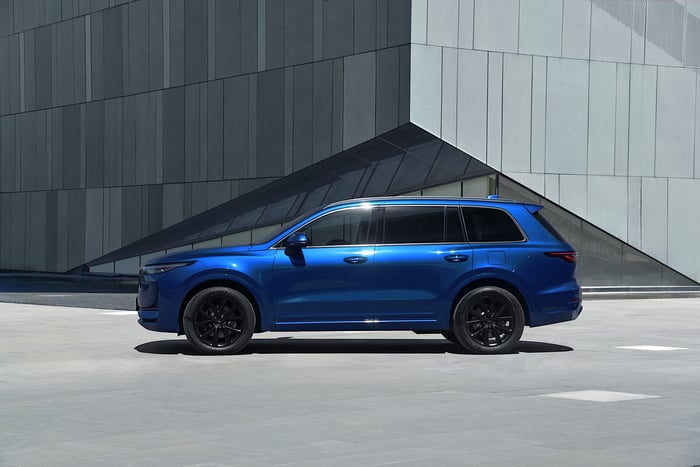 Li Auto will soon have more electric automaker competition as Tesla (NASDAQ:TSLA) launches its Model Y SUV in the country. The Li One SUV was designed to serve a specific niche in China: It includes a small gasoline engine onboard that can be used to recharge its batteries, allowing for longer travel between charging stations.

Li Auto opened seven additional retail stores in December and expanded its footprint to three new cities. It now has a presence in 41 cities in China.